The Big Four Prove to be Even Bigger than Billed Metallica, Slayer, Megadeth and Anthrax headline their own sold-out world tours but on Saturday, April 23, “The Big 4” performed together in North America for the first time, and the concert proved to be everything it set out to be: the biggest, and perhaps most important, concert in metal history to be played on these shores.

The sun-soaked Empire Polo Grounds in Indio, Calif., home to the annual Coachella festival, provided the destination. More than 50,000 people legions of fans, many of who traveled from all over the world to witness the historical event, provided the “fuel.” … The rest was thrash metal history …

New York City’s finest, Anthrax, kicked off the festivities with a crash course in thrash metal. Rolling through their back catalog, Jackson signature artist—and perhaps the day’s most recognizable performer—Scott Ian owned the stage with his legendary energy and powerful riffs. One of the day’s most memorable moments was the formation of what was to be the day’s mainstay, mosh pits, during “Caught in a Mosh.” Other standout tracks included “Indians,” “Among the Living” and “I Am The Law.” 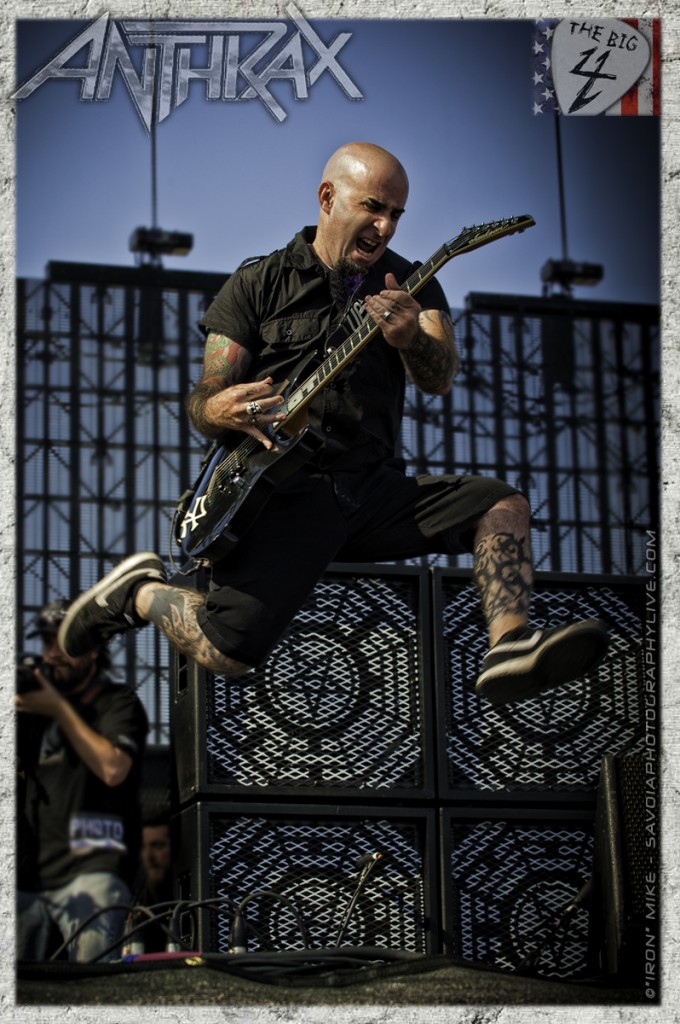 Megadeth continued the onslaught by playing an hour-long set featuring radio staples: “Trust,” “Symphony of Destruction” and “A Tout Le Monde.” But it was the deeper cuts that created some of the day’s most memorable moments. Watching Jackson signature artists, Chris Broderick and David Ellefson, play “Hangar 18,” “Peace Sells… But Who’s Buying” and especially “Holy Wars” had the crowd singing along and at times overpowering the PA system. A noticeably impressed Dave Mustaine took the time to thank the crowd for all their support, as well as the other acts on the bill — most notably Metallica. 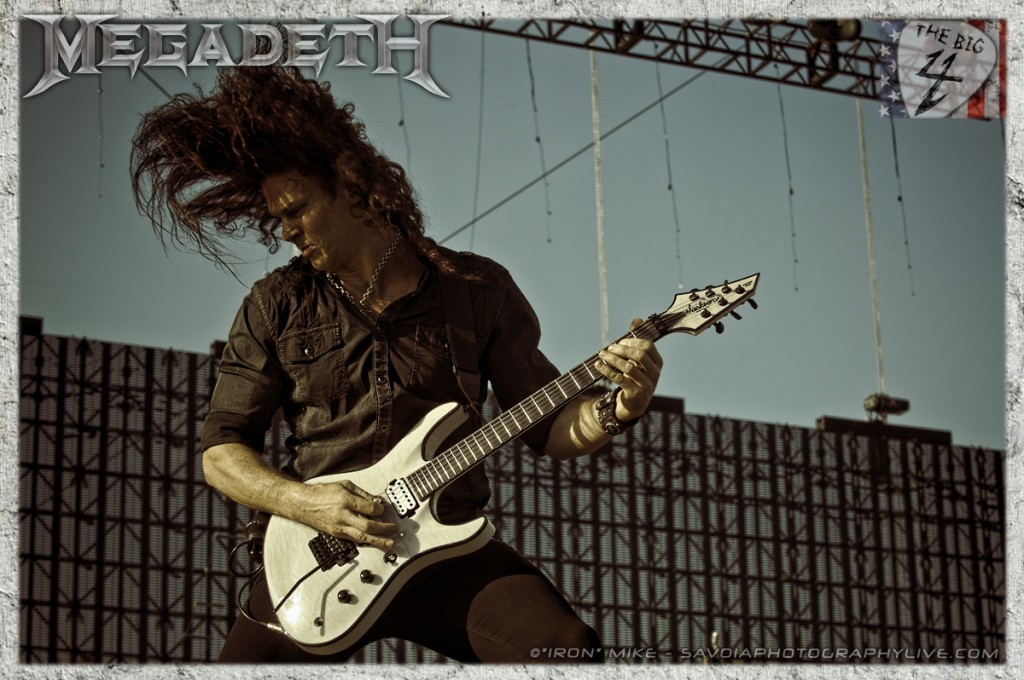 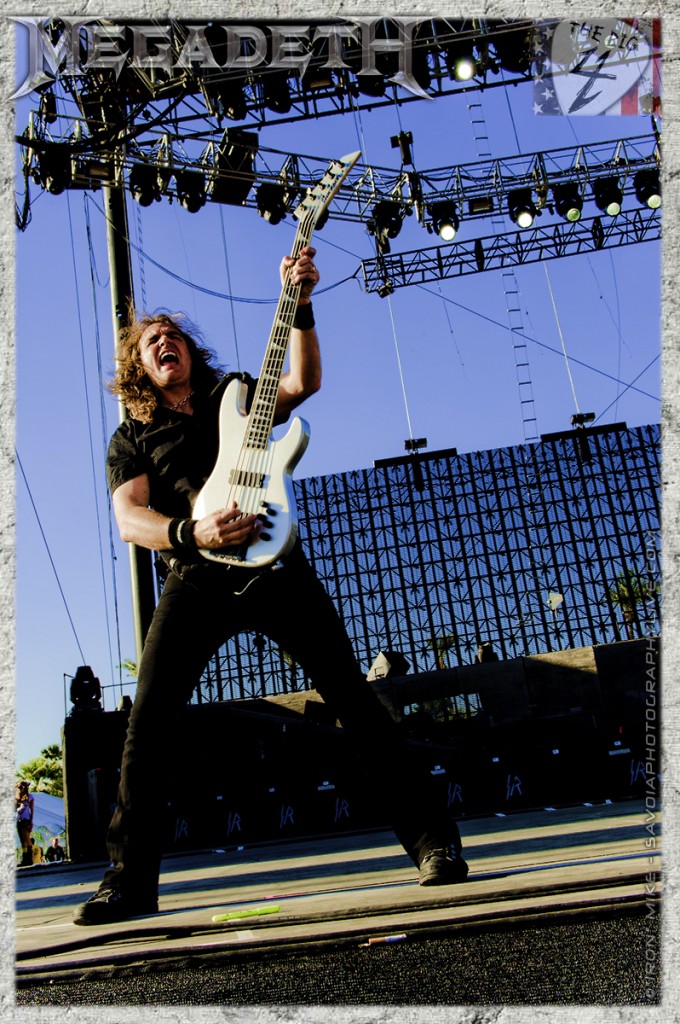 The moment Megadeth walked off stage, Slayer fans began establishing pits within the masses. The sun was beginning to set and the darkest and most ferocious metal act on Earth was about to prove to the crowd that were indeed south of heaven. Audiences who were there to enjoy Metallica’s “Enter Sandman” and “Nothing Else Matters” quickly fled to the back as Slayer defined themselves onstage. “Raining Blood” and “Dead Skin Mask” raised the intensity to unforeseen heights, but the heaviest and most inspiring moment of the night was when the recently injured Jeff Hanneman joined them onstage for “South of Heaven” and the bludgeoning “Angel of Death.”

There is only one band fit enough to withstand an opening act such as Slayer, and fortunately for the thousands upon thousands of fans in attendance, that band was there and ready to demonstrate why they wear the metal crown — Metallica. James, Lars, Kirk and Robert rode the lightning for the earlier part of the set, but began to throw-in newer cuts “Fuel” and “Cyanide” amid a din of explosive lights and pyrotechnics. Thrash metal purists were shocked by the addition of “Orion,” dedicated to Cliff Burton. Kirk Hammett pulled out his legendary Jackson Rhoads RR1T for blistering versions of “Sad But True” and “Seek & Destroy.”

The Big 4’s most epic moment was much like the night they played in Sofia, Bulgaria, when all bands joined together onstage to perform Diamond Head’s “Am I Evil.”