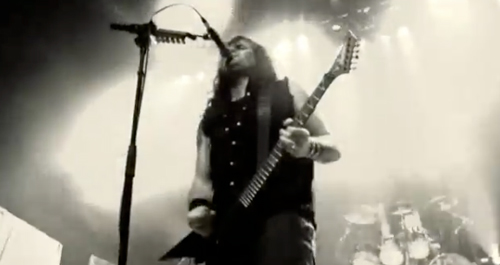 The clip features images from Marios Lolos, president of the Greek journalistic photographers union.  Lolos opened up his archives when Kreator approached him while researching the recent riots in Greece for the video, as many photographers were subject to police brutality.