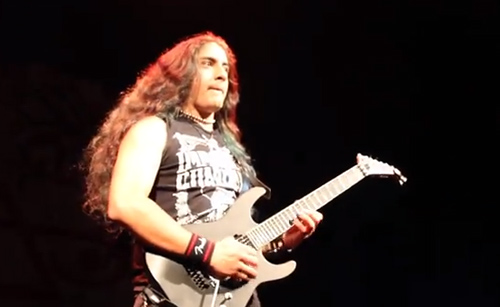 After winning Sam Ash Music’s Best in Shred contest in October, Jyro Alejo of Immortal Guardian recently had the opportunity to open for the legendary Steve Vai.

Alejo took the stage at the Paramount Theatre in Austin, Texas, on Nov. 21 and put on a shred clinic for nearly seven minutes, much to the delight of the assembled audience.