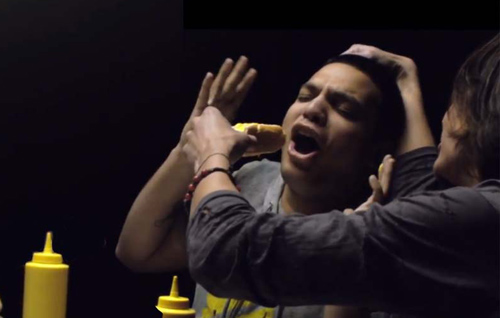 Maryland-based metallers Periphery have released a messy music video for the track “Scarlet,” which comes off 2012’s Periphery II: This Time It’s Personal.

The Wes Richardson-directed clip starts out with a giant spaceship shaped like a mustard bottle and only gets weirder and more violent from there.

Watch the video below.

Periphery has a solid few weeks of tour dates on the horizon this spring.

Head over to the band’s official Facebook page for more information.