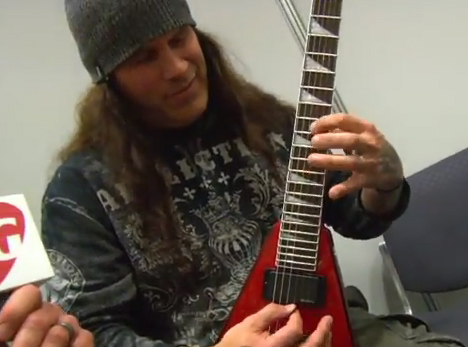 The Machine Head guitarist pointed out that one of the main differences between the PDXT, the PDX-2 and the Demmelition Pro Series is the hardtail bridge. Demmel also takes some time to shred and show what the axe can do.

Check out the video after the jump and to see Demmel’s other signature models, click here.