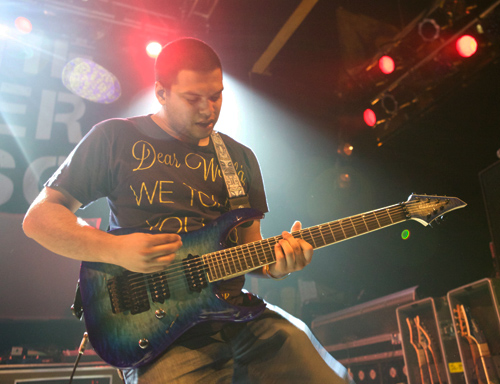 Walking into West Hollywood’s House of Blues last weekend for the Summer Slaughter Tour, it was impossible to miss the large amount of Periphery T-shirts on fans milling about the venue.

The band’s fanbase among the progressive metal scene has obviously grown nationwide, due to their heavy leanings and soaring vocals. Those in attendance at Summer Slaughter’s Los Angeles stop were thusly rewarded with a high-energy performance that drew heavily from their acclaimed 2012 album Periphery II: This Time It’s Personal.

Each of Periphery’s guitarists was mesmerizing, as seeing such impressive and complex fretwork seems almost unreal when watching live.

Mansoor, in particular, stalked the stage with a mischievous look, frequently making eye contact with passionate fans gazing upward as he worked magic on his guitar.

Those who weren’t fixated on the stage thrashed about in the middle of the House of Blues, which had just enough of an open dance floor for decent moshing.

Periphery laid it on the crowd from the beginning, opening with the familiar twang of “Icarus Lives!” before launching into the brutal “Facepalm Mute” and “Make Total Destroy.”

Even some of the catchier songs in Periphery’s catalog, like “Scarlet,” for example, sound even heavier? when played live, much to the delight of the crowd.

Periphery capped their set with “Ragnarok,” in which Sotelo alternated between growling and singing, all while the string-slingers got low and nodded their heads along with the breakdown.

Expressing their desire to come back to southern California soon, Periphery further entrenched themselves as one of the flag-bearers of the modern prog sound.  The band’s return will no doubt be highly anticipated. 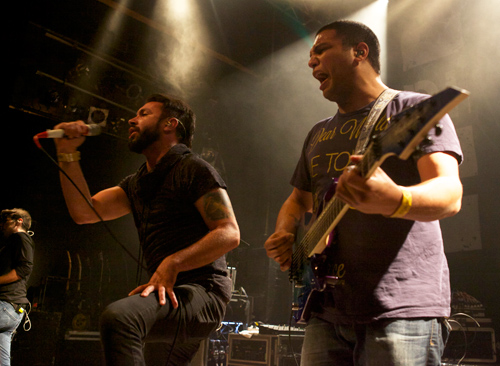 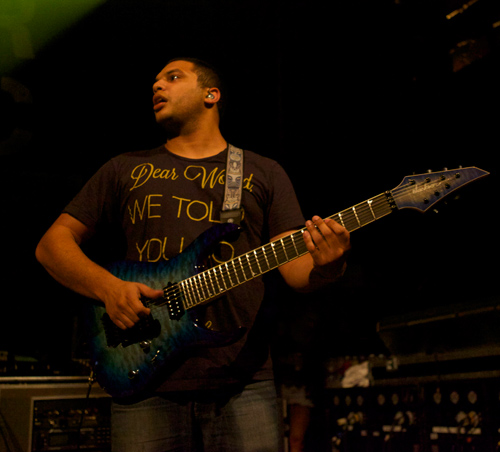