Northlane Breaks Down Their Gear for Gear Gods 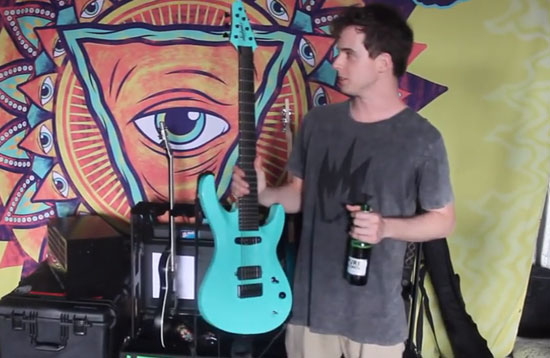 Australian metalcore band Northlane recently took Gear Gods behind the scenes to look at what gear they use live.

And not only did they discuss their complex pedal routing that includes two boards per guitarist and a direct in-ear mix, but axeman Josh Smith pulled out his refinished Jackson B7 in Seafoam Green.

Watch the full piece after the jump.