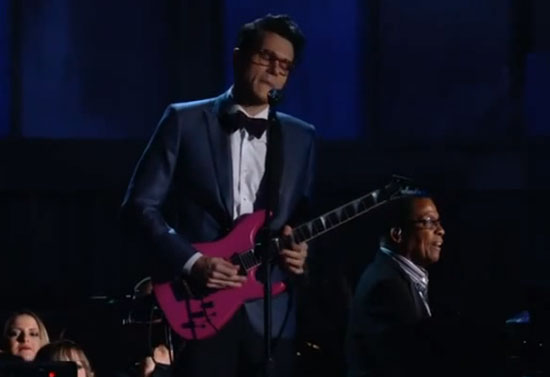 John Mayer shared the stage with British singer/songwriter Ed Sheeran over the weekend at the 57th-annual Grammy Awards, and the guitar virtuoso had a familiar axe in his hand.

In addition to Mayer, Herbie Hancock joined in on keys and the Roots’ Questlove handled drumming duties.

Watch the full performance after the jump.