Act of Defiance Defies the ‘Legion of Lies’ 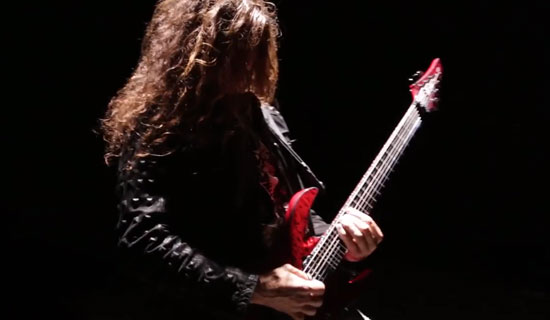 Chris Broderick‘s latest band Act of Defiance dropped debut album Birth and the Burial earlier this summer, and now the metal masters have a new video to go along with it.

The recently released clip for “Legion of Lies” shows the quartet performing the hard-hitting single while shrouded by dark shadows, with circling cameras adding to the track’s ferocity.

“In my opinion, it is one of the best written, most concise songs on Birth and the Burial,” Broderick told Yahoo of the song. “It has an aggressive upbeat triplet feel and a very dark harmony about it that I think people will dig. The break-down to the solo has a contrapuntal theme that maintains that dark mood leading into the solo, which is a PIA (pain in the ass) to play and should keep guitar aficionados happy!”

Watch the video after the jump and click here for more Act of Defiance news.