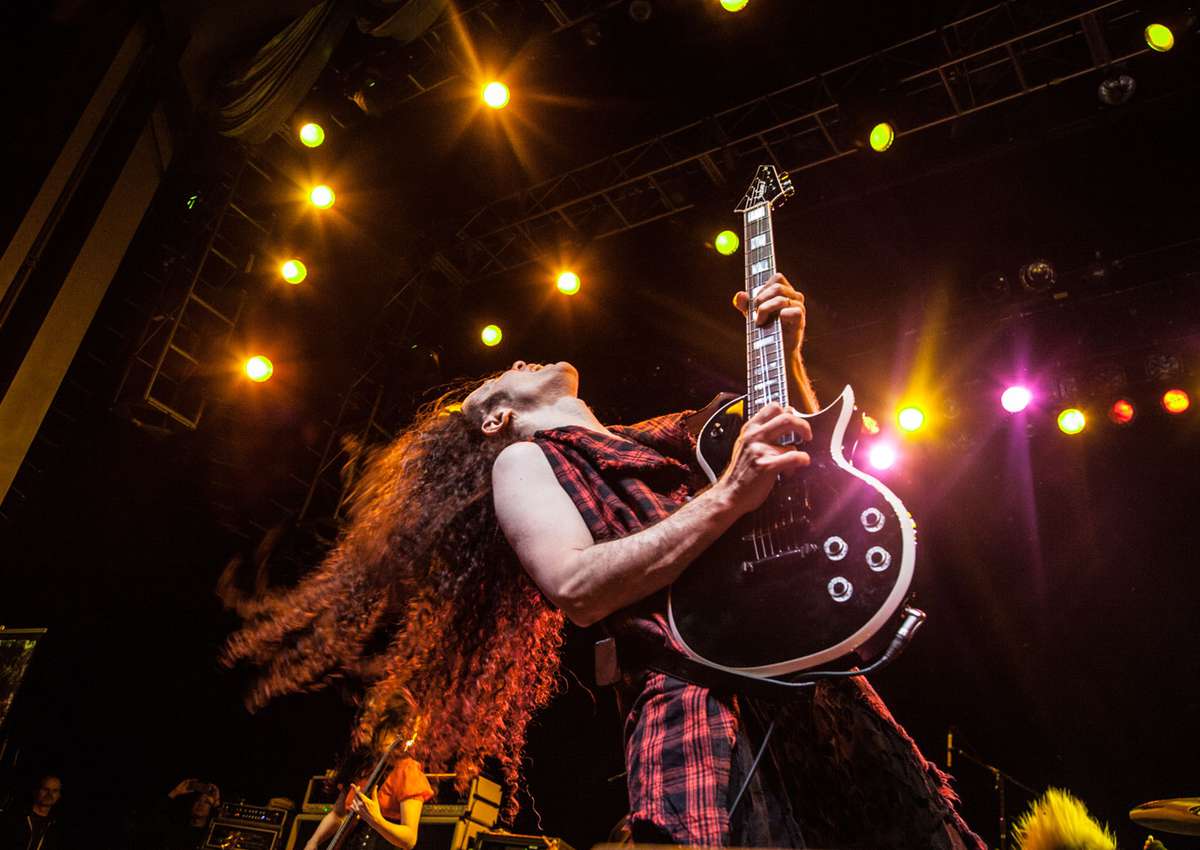 Of course, Friedman has been playing his single-cutaway Jackson guitars live out on the road for some time now, and he did so again during Friday night’s Metal Allegiance show at the Grove.  His insanely high-energy set certainly made waves that night, and fans flocked to the Jackson booth the following day for his hour-long autograph session.

Below, Friedman checks in from the Jackson NAMM booth with a quick update about his new models …