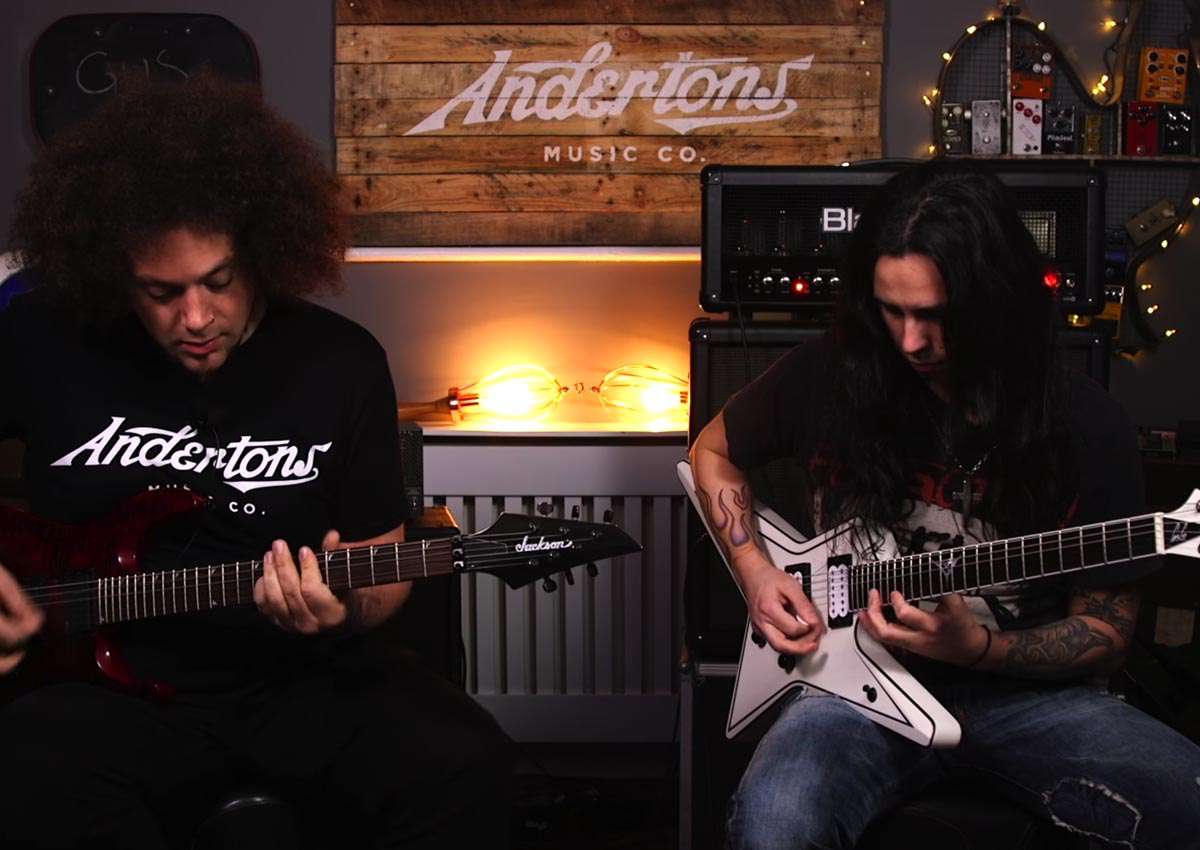 After a lengthy jam session on their Jackson axes, Rabea engages in a revealing interview with the Jackson signature artist — from what inspired him to start playing guitar, his first electric guitar and what led him into metal.

In a reminder of persistency paying off, Gus G. also shares the tenacious approach he took to initially get signed by a label, and that he still has some of the rejection letters from labels that the wound up working with eventually.

Gus G. also explains his transition to Jackson and shows off his new signature Star models and how he was blown away by the well-rounded and much bigger sound.

Watch it all unfold below …