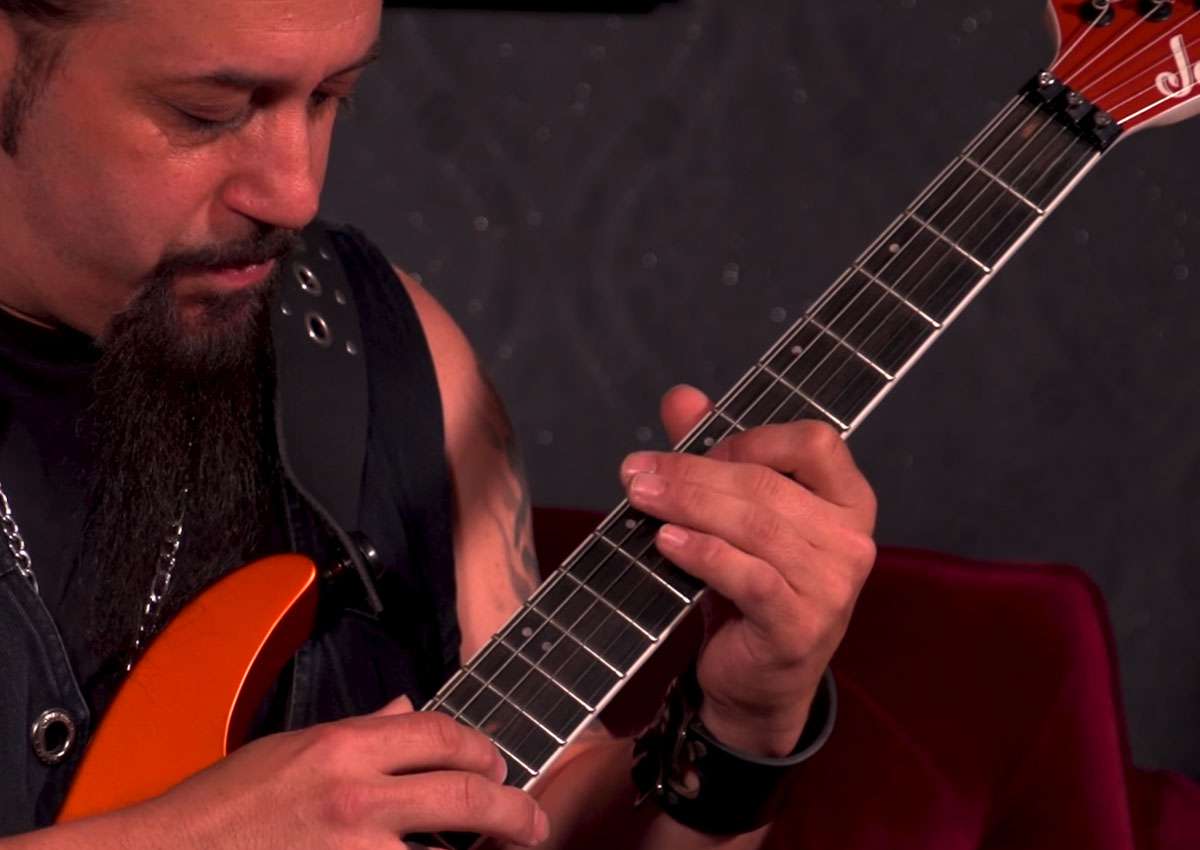 Adrenaline Mob guitarist Mike Orlando has officially debuted his brand new column for Guitar World magazine, which will feature guitar techniques he uses for writing and playing with his band.

For his first column out of the gate, Orlando tackles one of his favorite techniques — two-hand tapping, wherein notes are sounded by tapping onto the fretboard with both hands.

“Akin to a piano player or, in fact, just like a Chapman Stick player, the fingertips from both hands sound the notes by landing on the fretboard, and the patterns of the licks change relative to the sequence with which the fingertips touch the strings,” explains Orlando. “I like to refer to this technique as percussive tapping, because I think of it in the same way that a drummer would execute a syncopated pattern on a drum—both hands are used to create the specific and shifting rhythmic syncopations that are heard.”

Watch the video lesson below, and if you’d like more written instruction to follow along with, visit his full column on Guitar World here.