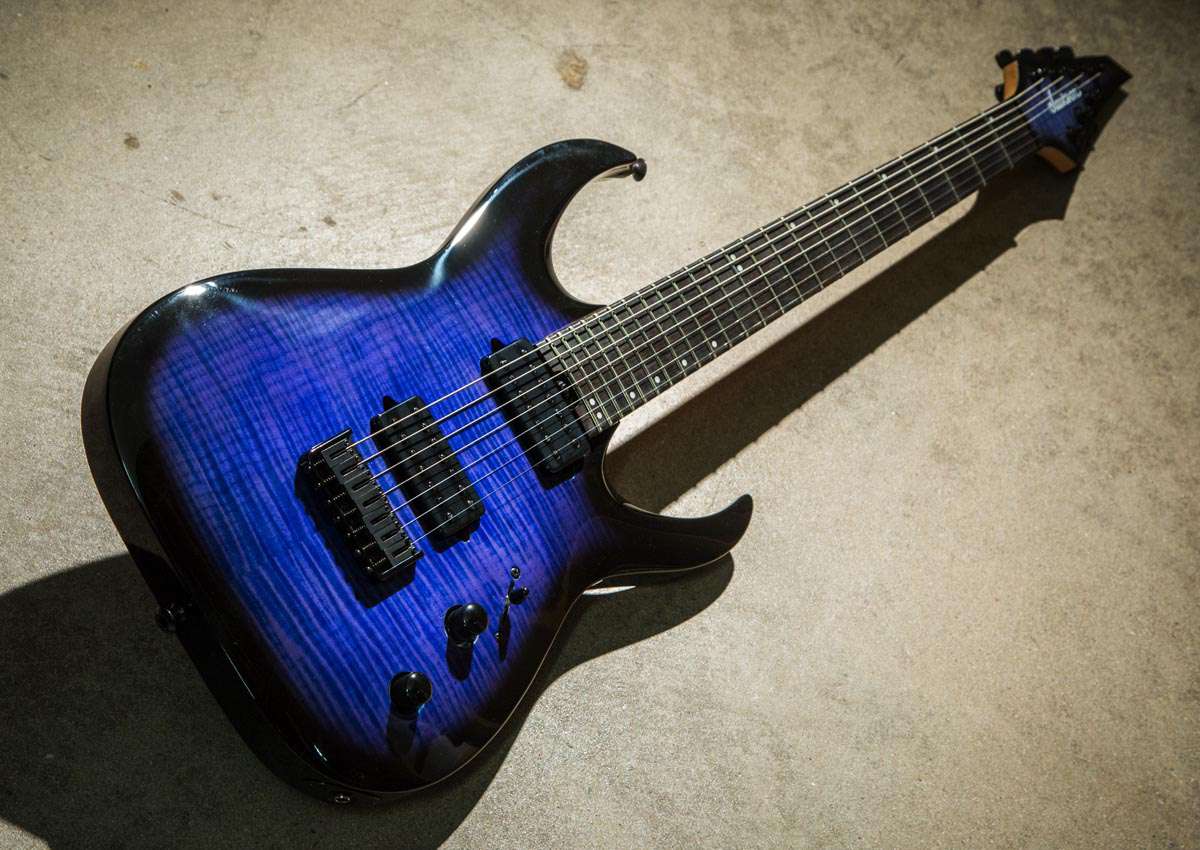 Mansoor’s Pro Series offers many of the same desired features as his original USA model but includes an all-new pickup that Jackson and Mansoor painstakingly created especially for this guitar, and Horsley centers his review around the tone and versatility of these signature MM1 humbucking pickups.

“The Juggernaut might be a heavyweight but it cleans up nicely,” wrote Horsley. “The MM1 humbuckers are not your average super-charged pickups, designed to throw out gain and more gain – they have a dynamic, old-school quality. Sure, they’re hot and powerful enough to weaponize your playing in the high-gain scenarios, but there’s a sophistication to them that makes perfect sense when you factor in Periphery’s progressive sound.”

Horsley also examines that while this guitar is designed to look intimidating, it’s an instrument that welcomes a player’s creative expression.

“Its DNA is an S-style metal guitar engineered to a logical conclusion, but you can impress your own sound upon it. It encourages experimentation and for any six-stringers new to seven, that feeling of being outside of your comfort zone is only fleeting—the 16-inch fretboard radius allied to the compensated saddles on the bridge will let you set the action low for a super-playable shred with a tone that’ll make you feel like a giant. And that’s why it’s called the Juggernaut.”

Pick up a copy of the summer issue here to read the full review.