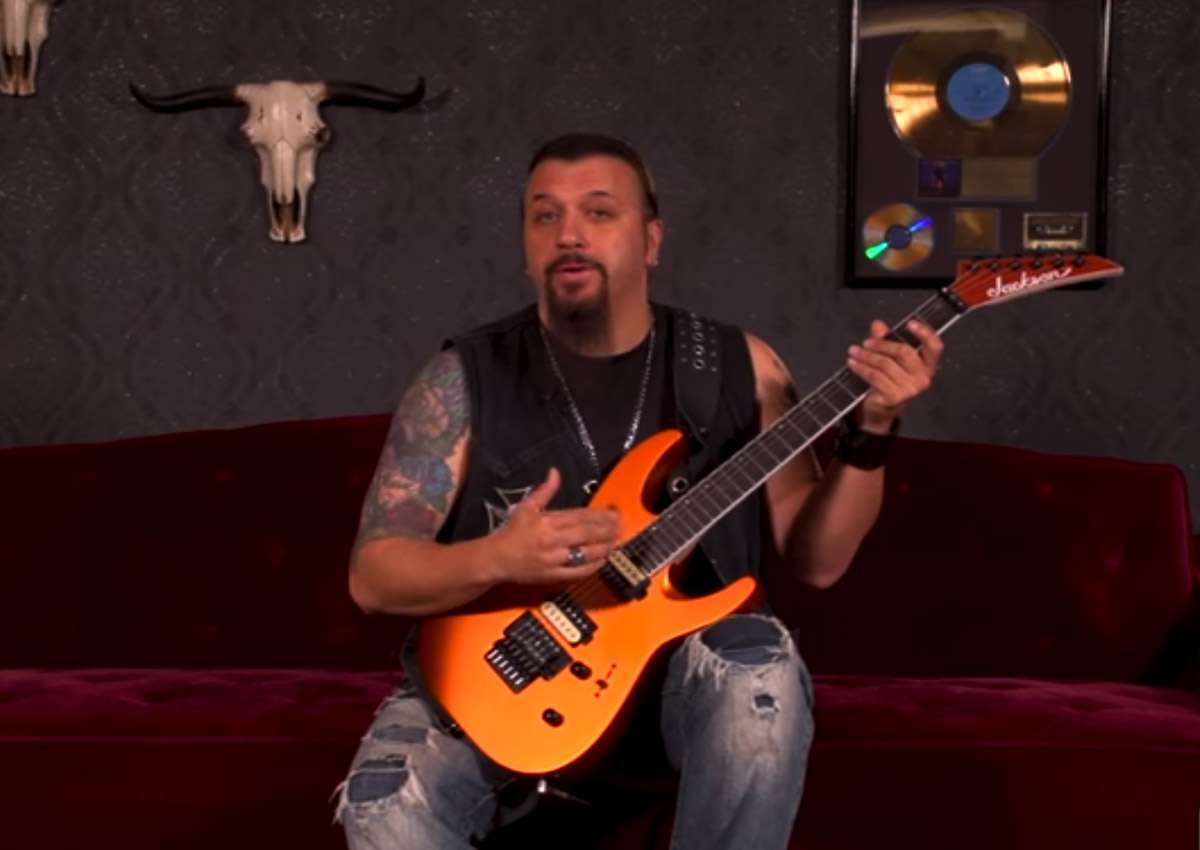 The guitar wizard returns this month with a more complex 16-bar example played over a standard rock-type chord progression.

“As I had done last month, two fret-hand fingers, this time the index and ring, tap out an ostinato (repeating) figure on the top two strings that serves to lay down the reference to the chord progression, while the pick-hand index finger taps out syncopated melodic lines, primarily on the high E string,” explains Orlando.

Enjoy the lesson below!