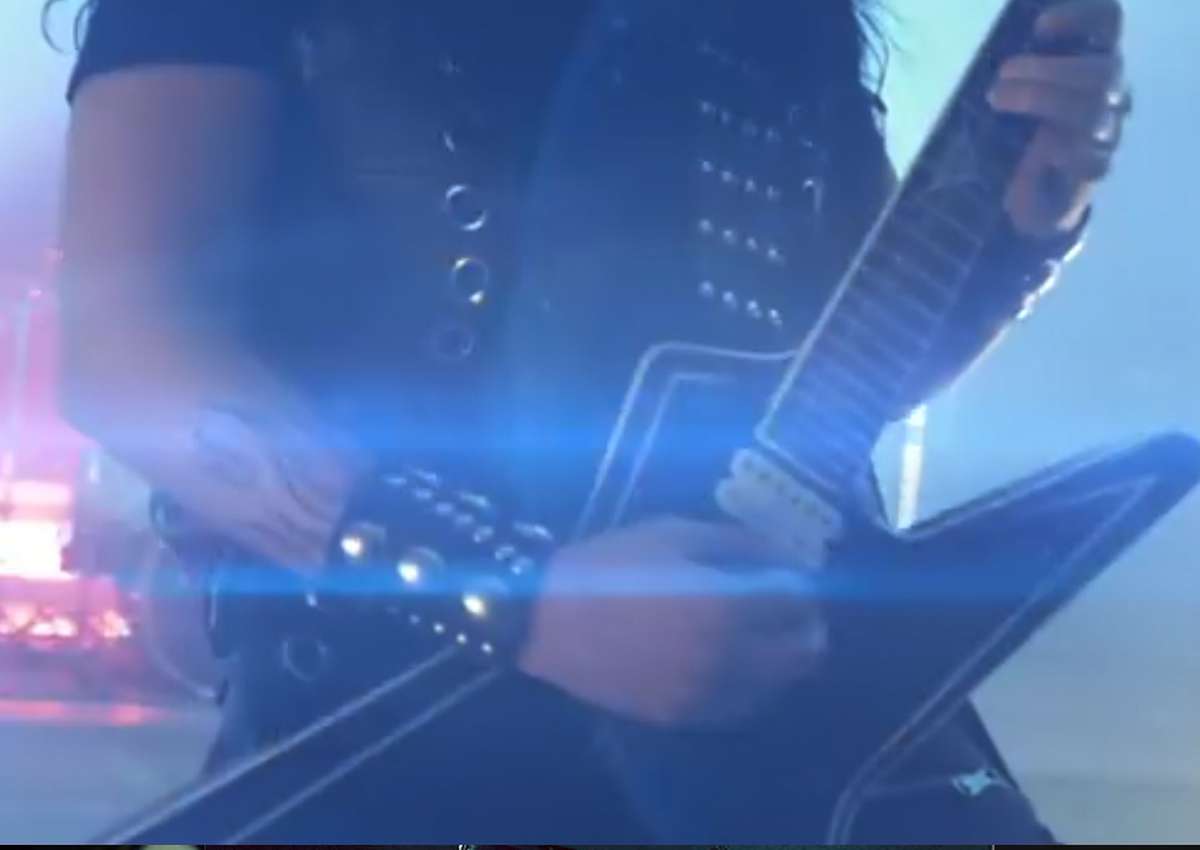 Greek guitar hero and virtuoso Gus G. has debuted the new music video for “Letting Go,” which will appear on his April 20 upcoming solo album Fearless.

“Dennis and I have collaborated very closely for a number years, he produced the current Firewind album Immortals, among other things,” Gus G. said in a press release. “We’re on the same musical wavelength and simply continued our cooperation after the Firewind production, I sent him demos of and ideas for my new songs and once we had enough material and started to think about vocalists, Dennis suggested recording the album as a trio.”

“A lot of people don’t realize that Dennis is not only a brilliant songwriter, bassist and producer, but also an excellent singer,” he continued. “I immediately liked his suggestion because this would be very different from everything else I’ve done before.”

The album features both propulsive and melodic metal tracks, in addition to three instrumental pieces.

“A lot of fans have asked me to record more instrumental tracks. Voilà, here they are,” said Gus G.

Check out the video below, and place your pre-order for Fearless here.