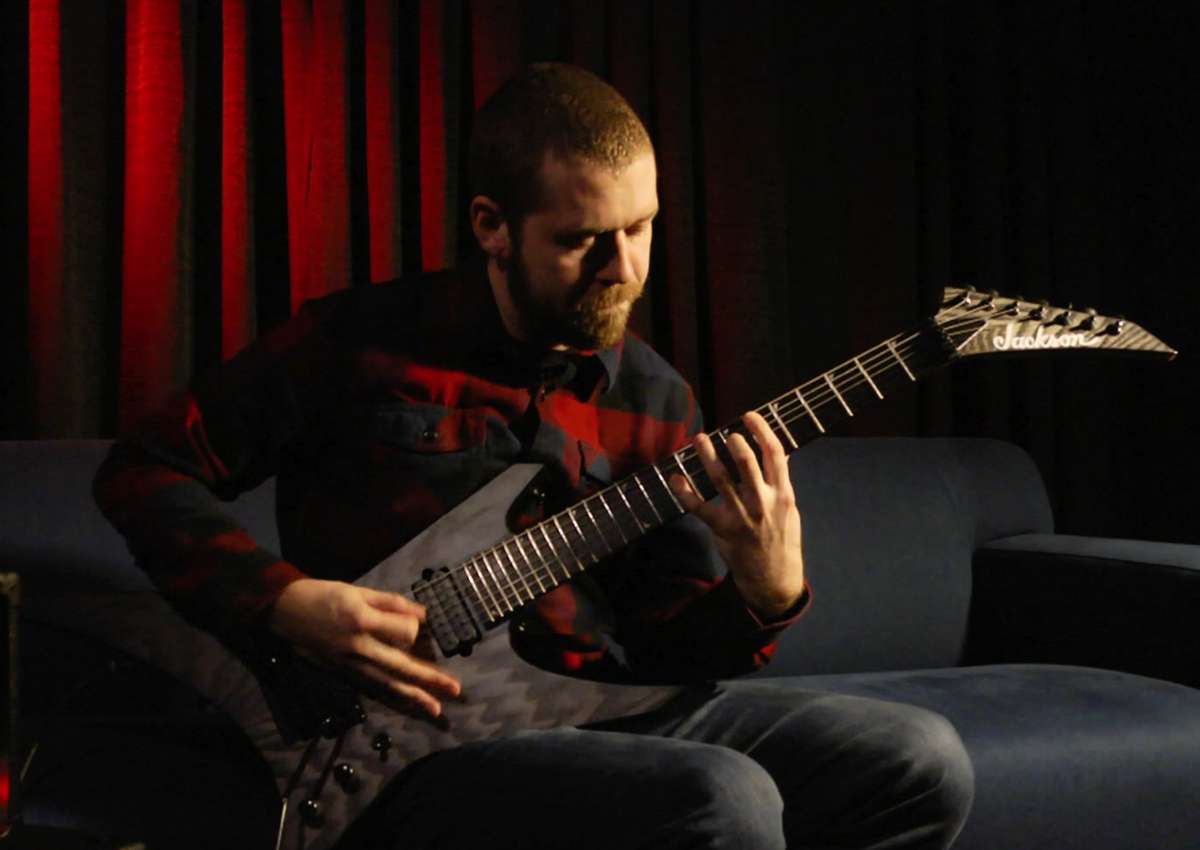 Jackson caught up with Revocation frontman Dave Davidson for a quick rundown of all of the features on his new Pro Series Signature Warrior WR7 model.

The 7-string axe shares many of the premium specs of his previous limited edition USA signature offering, including his signature Dave Davidson Signature Imperium DiMarzio® humbucking pickups.  Designed so that all notes ring through, from full-bodied, tight low end while using high gain amps to crystal clear cleans on non-distorted channels, these pickups are also highly responsive to harmonics.

“What I was looking for in the pickups was something with a lot of clarity but that would still have a good punch, a good cut,” explains Davidson in the video below. ” “One little difference is these are uncovered, whereas the Custom Shop was covered. But, I think they sound great. Very clear, a lot of attack.”

Davidson also touches on why he has embraced the 7-string as his primary axe of choice for Revocation.

“We switched over to 7 strings a few years back—wanted to get some different tunings happening—going lower,” he says. “I think playing a guitar in that lower register inspires you in a different way, plus I think the Warrior just looks totally badass with that extra string on there. It kind of beefs it up a bit more.”

Watch below to learn more about its feature set, and also hear this phenomenal axe in action.