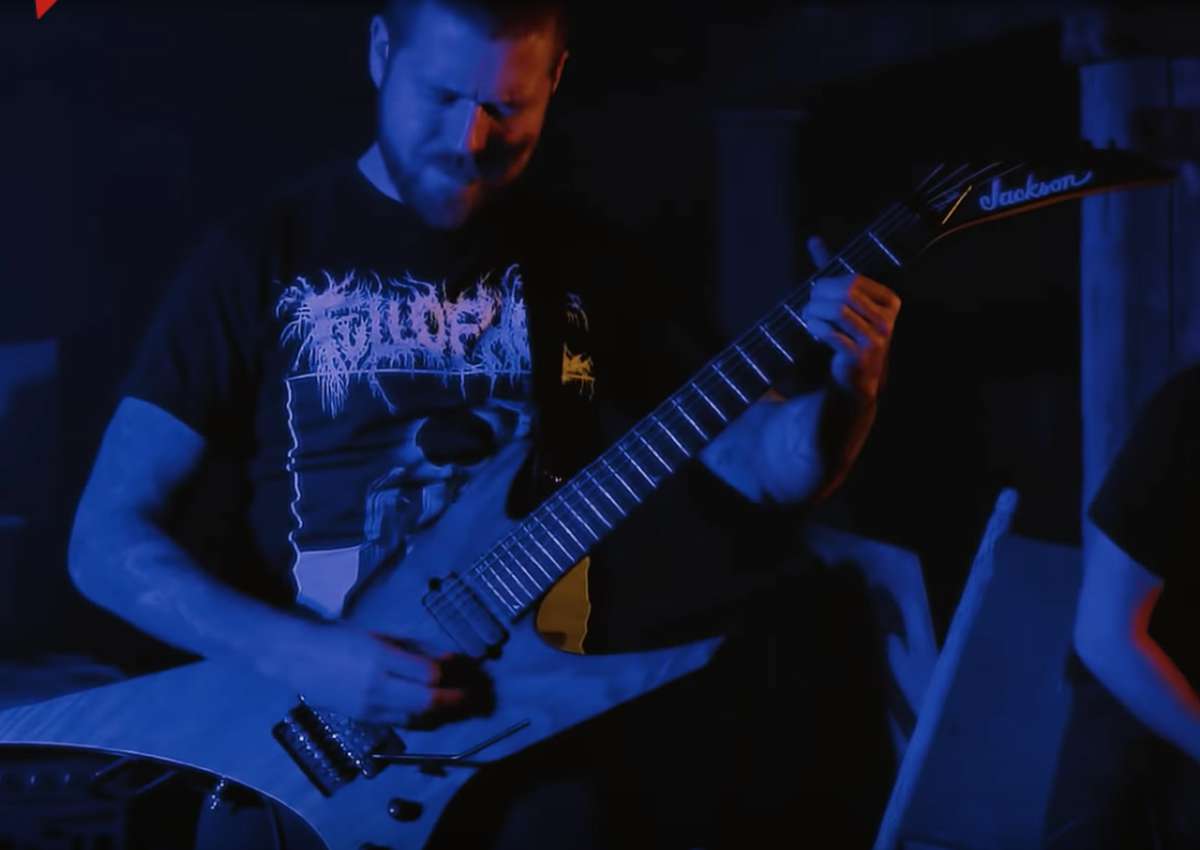 Boston-based technical-death metal band Revocation is gearing up for the release of their seventh studio album The Outer Ones with the debut of the music video for its track “Of Unworldly Origin.”

There is no shortage of slaying guitar or growling vocals on the new single. Jackson artist and vocalist/lead-guitarist David Davidson tears apart extraterrestrial riffs on his Jackson Pro Series Signature Warrior WR7 at finger-breaking speed while the camera pans to a colonial soldier frantically wading among bloodied bodies of his fallen comrades.

Davidson ups the ante with a solid tapping solo played over a dream sequence where an enchantress bewitches the soldier, only to turn into a demonic warlock taking the lone survivor captive.

Davidson drew inspiration for the new album from author H.P. Lovecraft, tying the elements of horror Lovecraft was known for into real world context.

“While the lyrical content is largely influence by [Lovecraft,] in every allegory there is of course some reflection of the real world, so I enjoy writing in a way that could have one overlaying meaning and then another deeper, symbolic meaning as well,” Davidson told Loudwire.

The Outer Ones will be released on Sept. 28, with Revocation kicking off its supporting “Global Invasion” tour on Sept. 17. Get dates and ticket info here.  In the meantime, experience the “Of Unworldly Origin” video below.