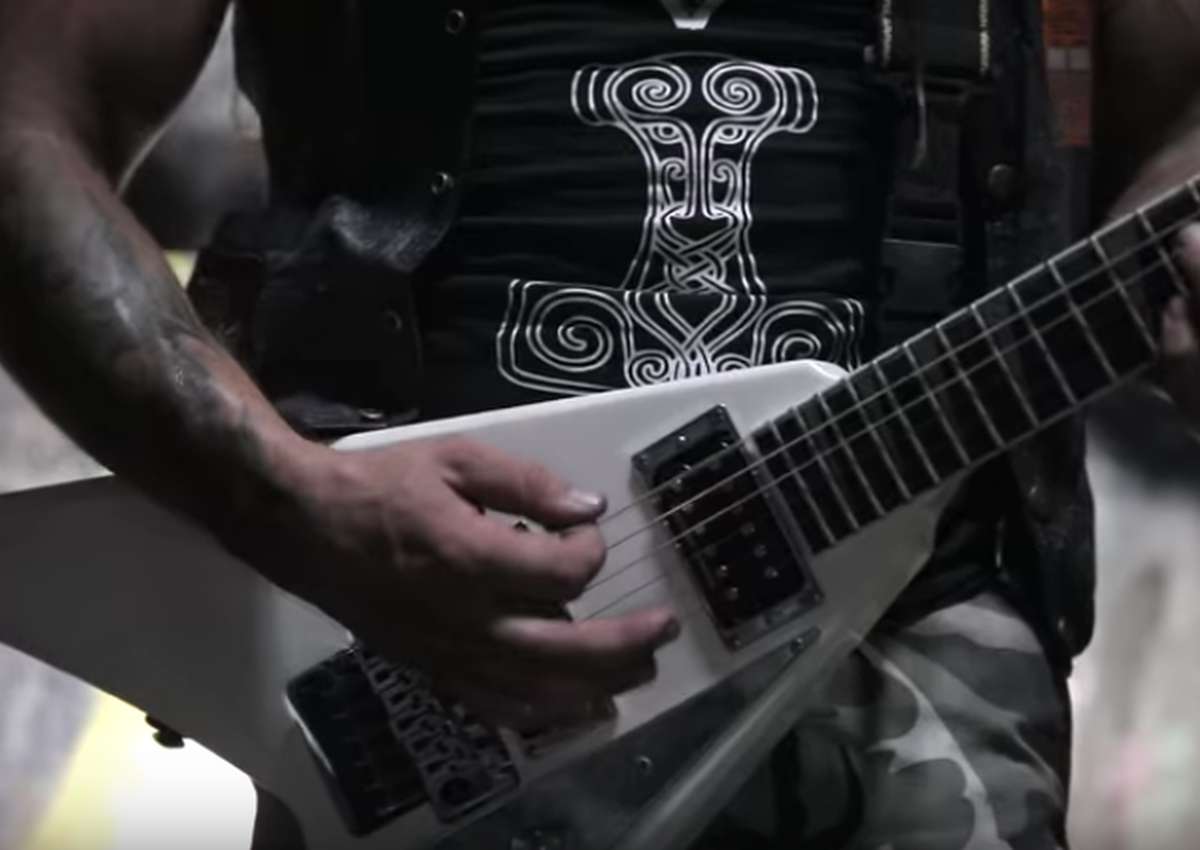 The video was teased earlier in the week on the band’s facebook page with the message that they “will rise from their graves and eat the living.”

Reminiscent of an ‘80s zombie flick, the clip certainly delivers on that promise. It also showcases a heavy dose of Jackson action with guitarist Hravn wielding his Pro Randy Rhoads axe, while bassist Khratos rips his Jackson Concert Bass.

“The song is so heavy metal it screams and what better guitar to use to elevate the right feeling and metal approach than a Jackson?” shares Hravn.

The single will appear on Rimfrost’s fourth album, due out next year.

Check it out below …