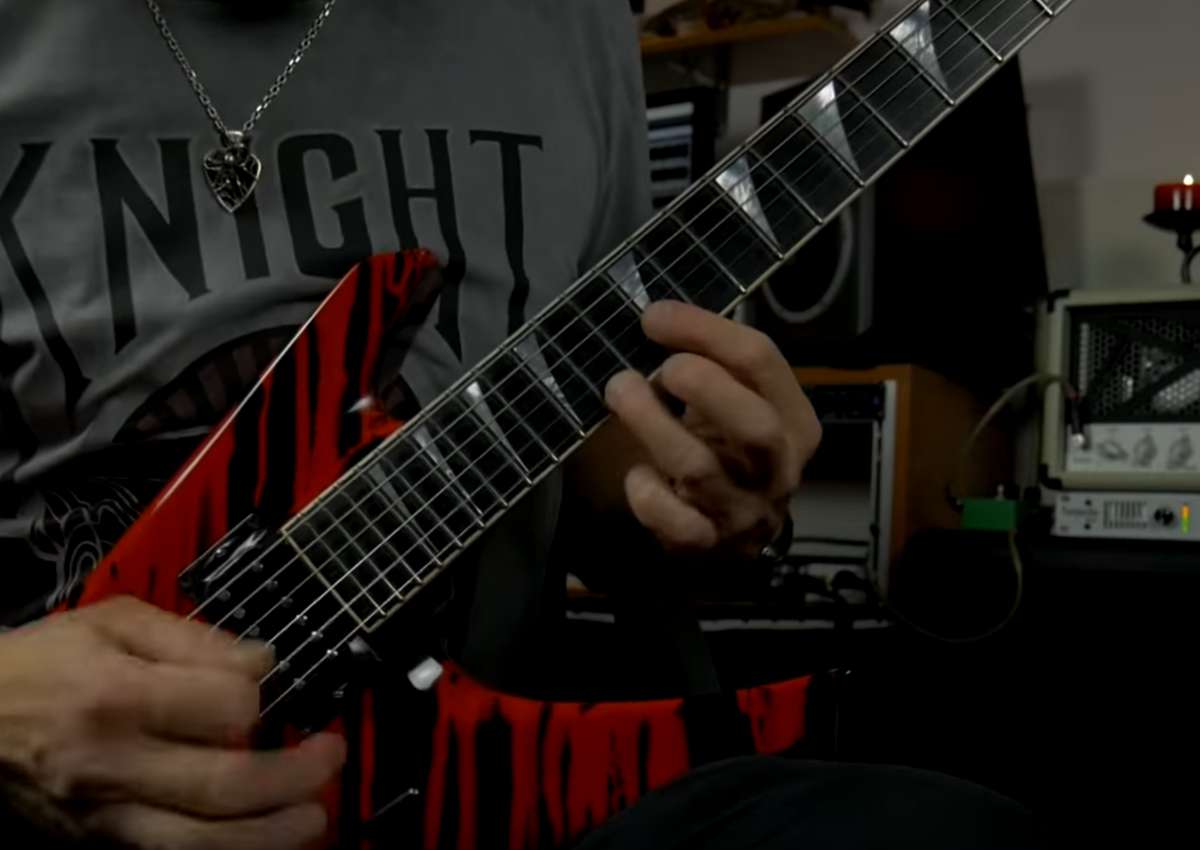 With Vader’s 16th studio album Solitude in Madness ready to drop on May 1 via Nuclear Blast, the Polish band has been meting out a few brutal morsels for their fan base.

After revealing album details and dropping the official video for pummeling track “In Oblivion” earlier this month, Vader has now shared a new playthrough of guitarist Marek “Spider” Pajak ripping through the aggressive and frantic opening track, “Shock and Awe,” on his Custom Jackson Warrior.

The forthcoming album was recorded over a month-long period in summer 2019 at Grindstone Studios in Suffolk, England, with one-stop shop Scott Atkins handling engineering, producing, mixing and mastering duties.

Frontman Piotr “Peter” Wiwczarek explained the meaning of the album’s title, saying, “Humanity never learns from its lessons. I feel tensions continuing to rise around the world. People have forgotten about true pain, from a bigger picture standpoint. Generationally, the new generation doesn’t respect the old, and I’d challenge they don’t even respect themselves. Our everyday lives are on TV, so there’s no soul left. Everything’s empty. I think technology is also sucking the human out of us. There are more lonely people now than ever before, and yet we’re supposed to be connected together by technology. It’s madness!”

Click here to watch the official video for “In Oblivion,” and check out Spider in action below.